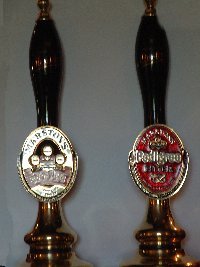 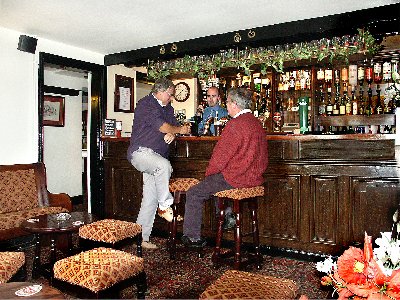 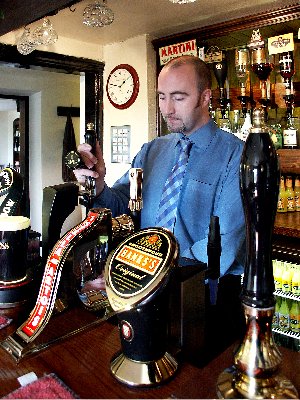 The bar has a selection of real ales from the Marstons Brewery, including Marstons best bitter and the renowned Pedigree. We also have Guinness on draught, Carlsberg lager, Strongbow cider and a selection of red and white wines. Marstons Pedigree is listed as a real ale by the Campaign for Real Ale, better known as CAMRA.

In 2001 Mike Benner, Head of Campaigns and Communications for CAMRA, supported the Wolverhampton and Dudley Board (parent company of Marstons) in their bid to remain independent during a take-over bid.

The Marstons name goes back as far as 1834, but it was in 1905, following mergers and takeovers, that the brewery came to be known by its present day full name – Marston, Thompson and Evershed. Marstons beers are brewed at Burton-upon-Trent in Staffordshire, Burton often being referred to as the brewing capital of Britain.

However, this is not the reason for the popularity of Pedigree. For that we have to look at the unique method of fermentation – the beer is actually fermented in the cask, and as the yeast goes to work the beer froths up through the bung hole.

This results in a stable beer, thoroughly fermented, with an ABV of 4.5%, and a dry fruity flavour. Pedigree’s colouring can best be described as a caramel brownish colour. Apparently, none other than Benjamin Franklin said “Beer is living proof that God loves us and wants to see us happy” – especially if it’s a pint of Marstons Pedigree!

Food is available in the bar as well as the restaurant, with capacity for about thirty places. A specials board is always on display above the fireplace, which is a favourite place during the winter months, because of the cosy atmosphere that is created.

Adrian, Carolyn and the staff welcome regulars and visitors alike. Our regulars come from the surrounding towns of Macclesfield, Buxton, Leek and Congleton, and some from various places in Stafordshire, Cheshire and Derbyshire.

We also have regular visits from people a little further afield – Australia and New Zealand! In addition, we enjoy annual visits from residents of New York and The Bahamas.